I thought I’d take a short break today from all the animal photographs and answer a question or two that I’ve received regarding our trip to South Africa. Several people have asked where is Londolozi, Mala Mala, etc. So I’ve prepared a few maps to give you a quick idea where we went.

Londolozi, Mala Mala and Kings camp are in the northeastern part of South Africa, just to the west of Kruger National Park. Londolozi and Mala Mala are part of the Sabi Sands Game Reserve while Kings Camp is in the Timbavati Private Nature Reserve. 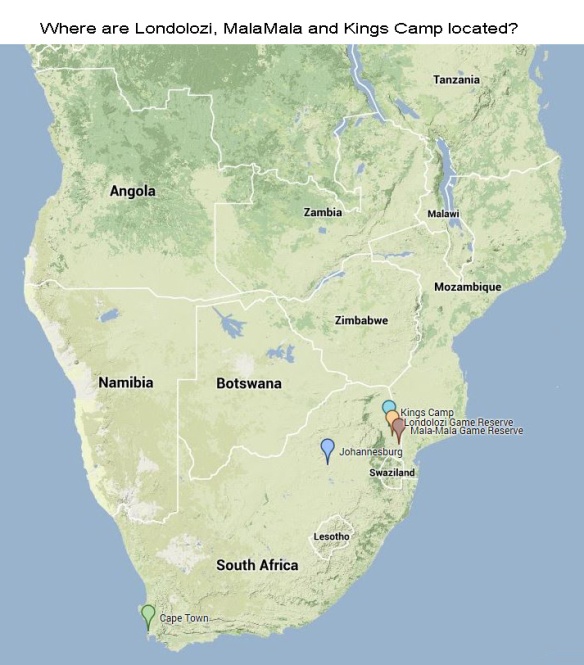 We arrived in South Africa via Johannesburg and flew in a small commuter plane up to Londolozi. At the end of our trip we visited Cape Town for a few days.

This next map is a closer look at the 3 camps. 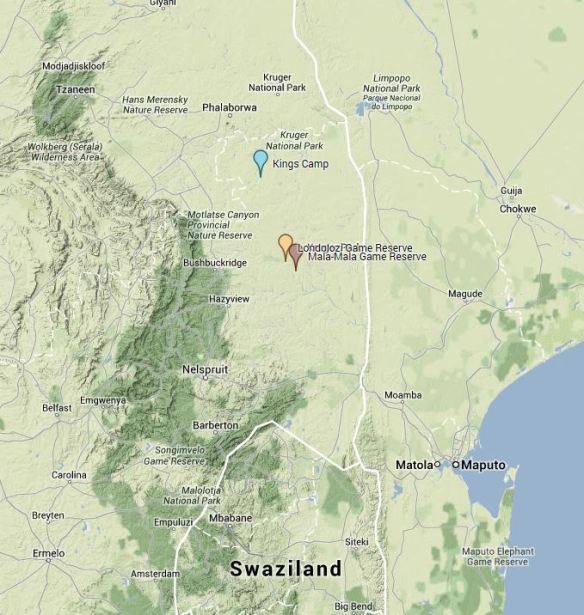 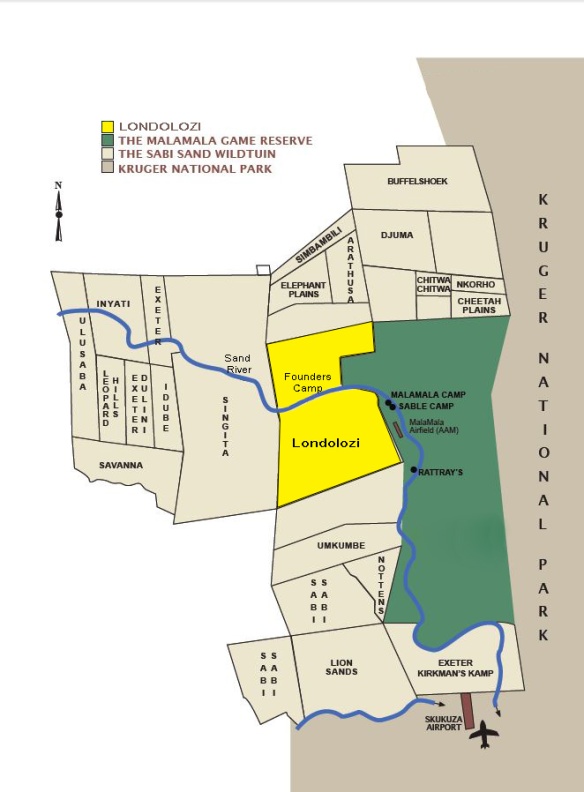 There are no fences separating any of the reserves or Kruger National park. Thus the animals are free to migrate from area to area as they wish. With 544,000 acres, Kruger National Park provides an immense amount of biodiversity that is shared among all the wildlife reserves.

The landscape of Sabi Sands is classic Lowveld bush savanna. The elevation is approximately 1000 ft. The land is flat with dense bush and thickets covering much of the area. (Lots of places for the animals to hide)

The following is a video that I shot by clamping my point and shoot camera to a seat rail on the land rover as we drove around. The video, while not terribly exciting, gives a good idea for what much of the landscape looked like.

I hope you enjoyed this brief informational interlude. If you’d like more information, Londolozi has a FREE book titled “Londolozi, Eco-Guide” available for downloading from iTunes. Now, back to the animals.