On our 4th day at Londolozi we were well acquainted with the process and were out for our morning drive before 6 am. It turns out that this would be lazy cat day. After quickly stopping to take a few shots of some Nyala we continued on. Shortly thereafter, Like and Richard thought they saw some tracks in the road and jumped out for a closer look.

And off we went. While the tracks did not pan out we did hear about another leopard over by one of the watering holes. We got there about 6:30. It was a single female leopard but she really didn’t seem interested in doing anything except sitting in the grass. She changed location once or twice but that was about it. She was a beautiful animal, however.

We stayed with her for about an hour and 15 minutes and then went in search of other game. We soon came across a couple of rhinos lounging in a watering hole with a beautiful Egyptian goose posed right in front of them. Of course, before we could even raise our cameras the goose was gone! In addition to the rhinos there was a bush buck posing nearby. 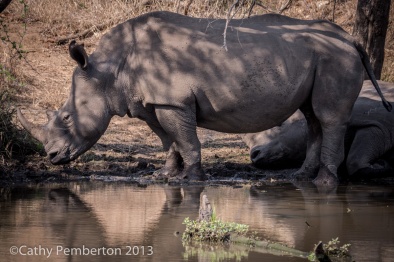 For our afternoon drive Richard was determined to improve on the morning’s results. Once again he and Like were out of the land rover and tracking on foot. Richard was looking very macho toting his rifle.

We did quickly come across some warthogs, impala and kudu. In addition, Cathy got a great shot of a small tree squirrel. We then spotted a small herd of zebras, with one young colt.There is something about zebras that is fascinating, and the colts are very adorable. 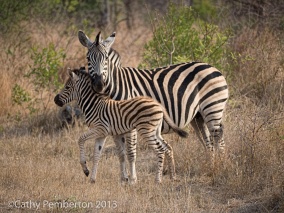 About 30 minutes after leaving the zebras we found a pride of lions.  However, since this was lazy cat day they seemed much more intent upon sleeping than anything else. Yawning seemed to be the major activity. Nonetheless, it was interesting to watch them interact and then as the sun approached sunset, they began to move (a little). 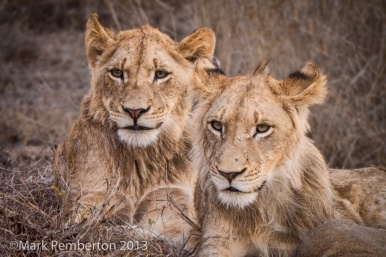 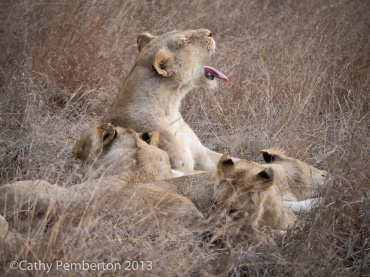 Overnight, we had some rain and the weather was looking none too good for the last of our morning game drives. But we headed out anyway. I was not concerned about getting cold and wet but that our cameras would get damaged. We managed to see some giraffes and Nyala but the weather continued to worsen. Of course no one wanted to be the one who suggested going back so I filled that roll. Surprise, surprise, surprise! The others readily agreed. 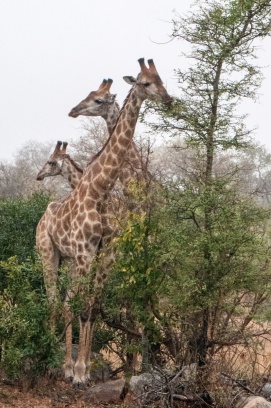 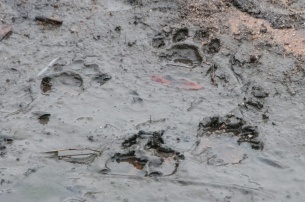 Getting back early had it’s benefits. Instead of our morning box breakfast we got to enjoy breakfast in the camp. And they served up a beautiful spread.

This was our last morning at Londolozi. It was time to move on to our next camp, MalaMala. MalaMala is just to the east, between Londolozi and Kruger National Park.

It took about 40 minutes to drive to MalaMala. The weather was not cooperating either. Rain continued to come and go. We were warmly greeted when we arrived at MalaMala despite the cold weather. We checked in and moved into our new accommodations. However, due to the inclement weather, we elected not to have any game drives that afternoon. Actually, Tom and Ray went out, but of course they’re nuts… 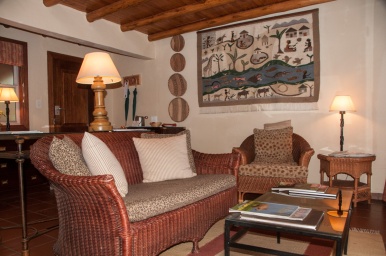 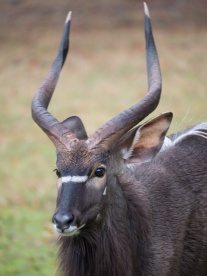